All About the Qnity 9Grid™

If you’re familiar with Qnity, chances are, you’re also familiar with the 9Grid™. The 9Grid™ is one of our most powerful and versatile thinking tools. Just like you need to use tools to practice your craft, using tools like the 9Grid™ can help you be successful in other areas of your life, like your finances.

From the first look, the 9Grid™ seems deceptively simple – that’s the point! Don’t let its simplicity fool you. This tool is based on years of research and design. In fact, it has helped tens of thousands of people get out their heads and into ACTION! People of all ages and walks of life have used the 9Grid™ to achieve financial goals like getting out of debt, saving more money, and increasing their performance at work. 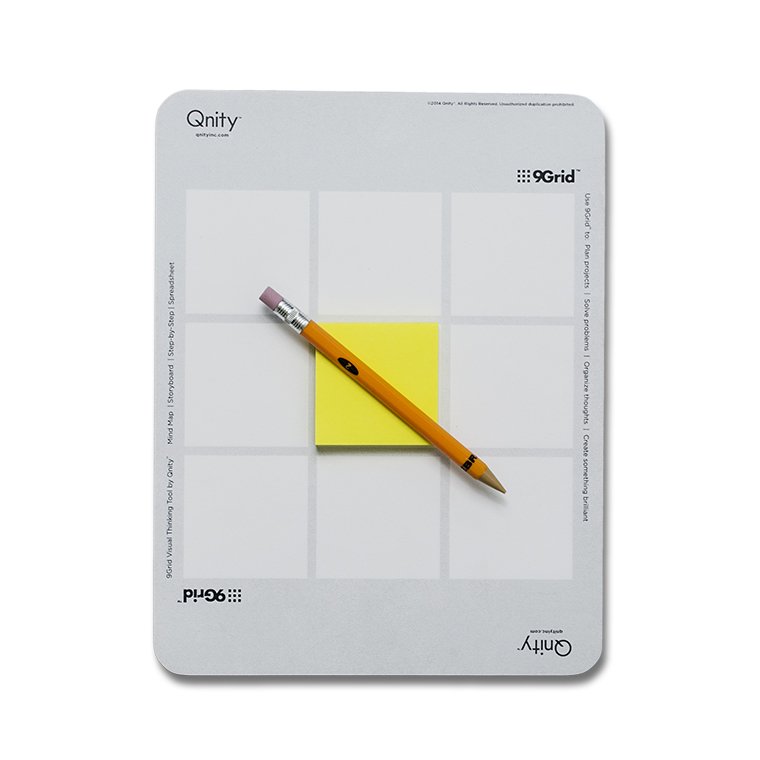 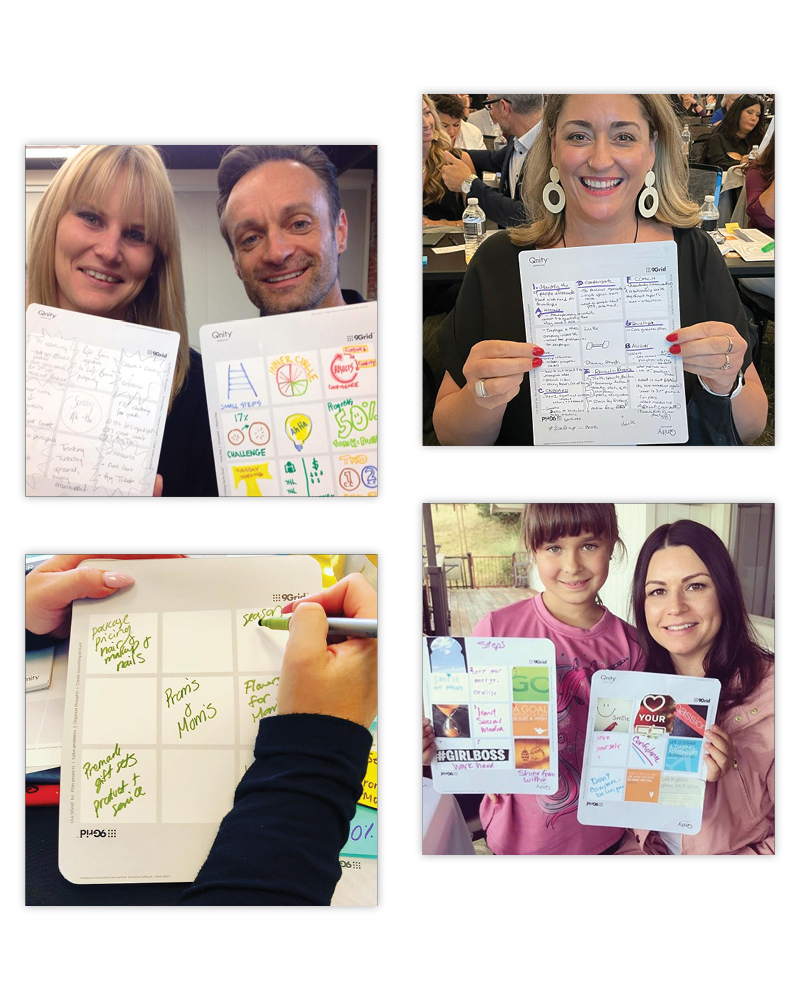 One obvious characteristic of the 9Grid™ is that it contains 9 individual grids. So why is that? George Miller, a  cognitive psychologist, found that our short-term memory can only hold on to 5-9 chunks of information – numbers, words, pictures, or faces. This theory is called chunking and it’s the basis for the 9Grid™. Each grid on the 9Grid™ represents a “chunk” of information.

If you create lists or outlines with more than nine items, chances are nothing will happen because it’s simply too much information for your short-term memory.  The 9Grid™ helps structure information to optimize your memory and increase your ability to take action.

Another important feature of using the 9Grid™ is that it forces you to put a pen to paper. Based on studies from psychologists and neuroscientists, information is best retained by taking hand-written notes. The physical act of writing stimulates key areas of the brain and creates more powerful ownership of information – it’s like giving your brain power a boost!

The 9Grid™ was also designed using the Rule of Thirds, which is simply the process of dividing an image into thirds using two horizontal lines and two vertical lines, creating nine grids. The Rule of Thirds is a foundational principle for photographers that helps them compose captivating photos. Now that you know, you’ll probably notice the Rule of Thirds being used in other forms of media – and that’s no coincidence! Our brains are wired to connect to information presented this way.

There are several ways to 9Grid™, the first of which is a storyboard. It’s commonly used to organize graphic ideas and illustrations for the purposes of “pre-visualizing” a sequence. When you have three unique concepts to illustrate or expand upon, using the 9Grid™ as a storyboard works particularly well.

Take Lisa for example. She wanted to do three things with her money; save, spend, and invest.  She used the storyboard format to write down her goals. The three things she wanted to do – SAVE, SPEND, and INVEST – went in the grids across the top of the 9Grid™. Underneath each topic, Lisa listed WHAT she will do in each category to achieve her goals. 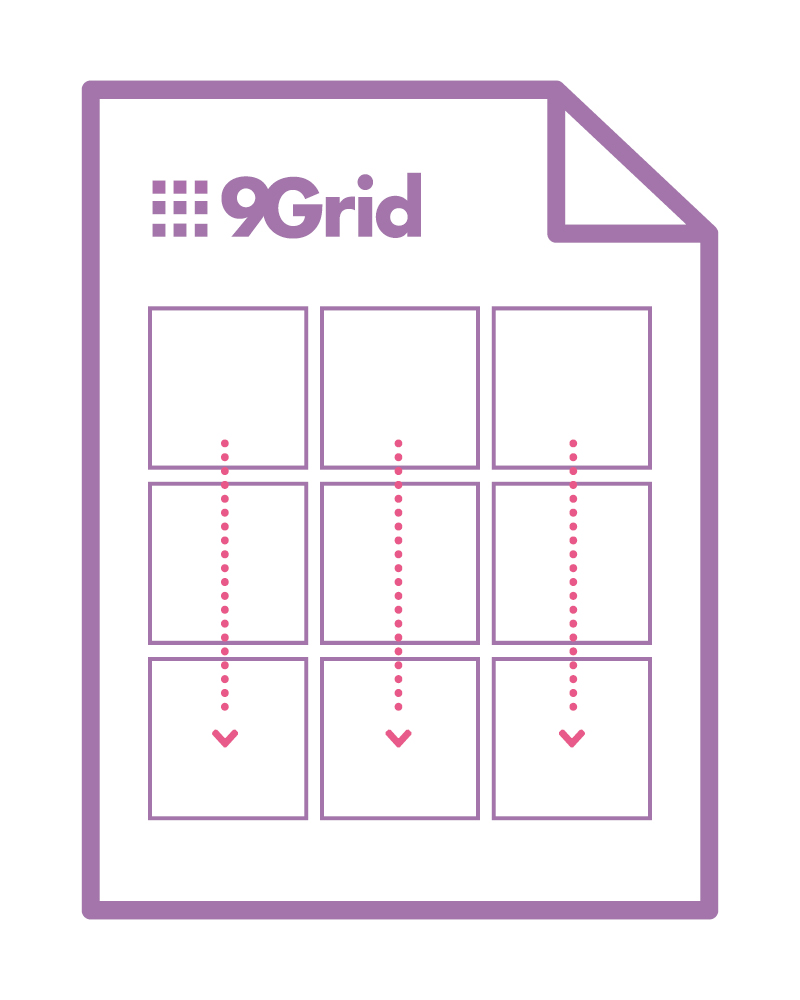 Ways to 9Grid™: Step by Step

Using the 9Grid™ as a step-by-step is a great format to use if you are looking to develop a sequential process where you are building on one step before you take the next step.

Using the Step-by-Step method with a 9Grid™ is also a great way to take an otherwise boring or linear process and make it fun and visual! 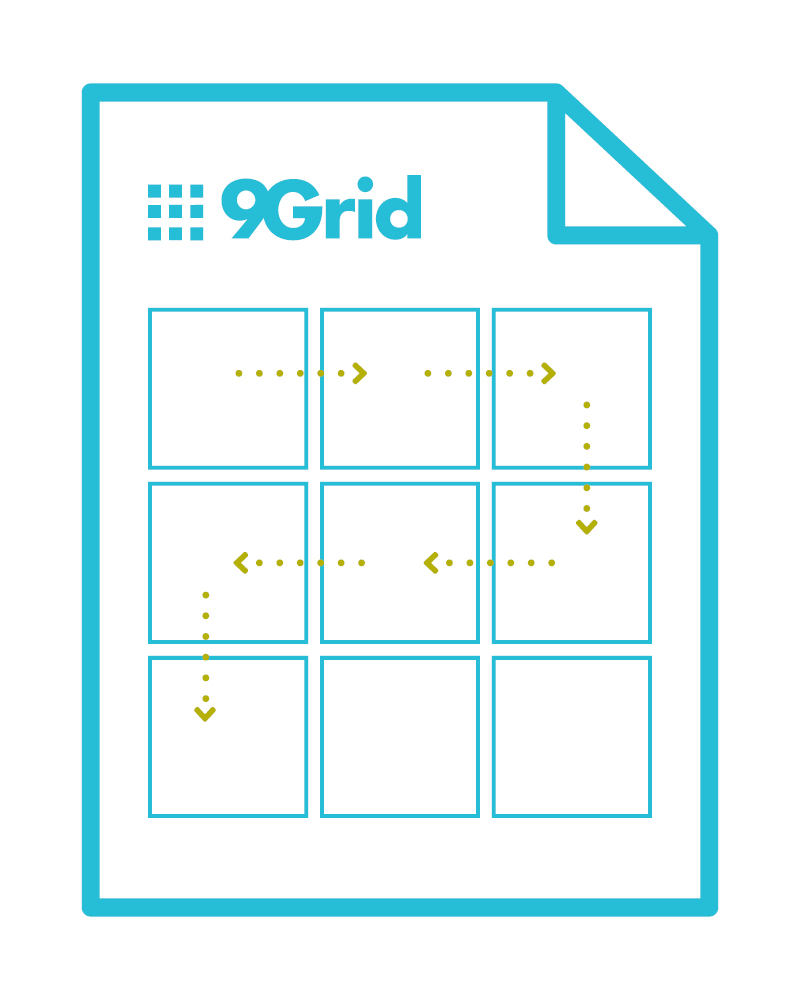 The third and most popular way to use the 9Grid™ is as a Mind Map. A mind map is a diagram where you link concepts, words, actions, or ideas to a central topic. The main concept is placed in the center – it could be an idea, an intent, a project, or a challenge. Then, you can create solutions or connections. The process of mind mapping is both analytical and artistic, engaging both the left and right brain to encourage whole-brain thinking.

A challenge with many traditional mind maps is that they tend to take on a life of their own, turning into massive webs that actually make things more complicated! The key to successful mind mapping is to structure the process, which is exactly what the 9Grid™ tool does. 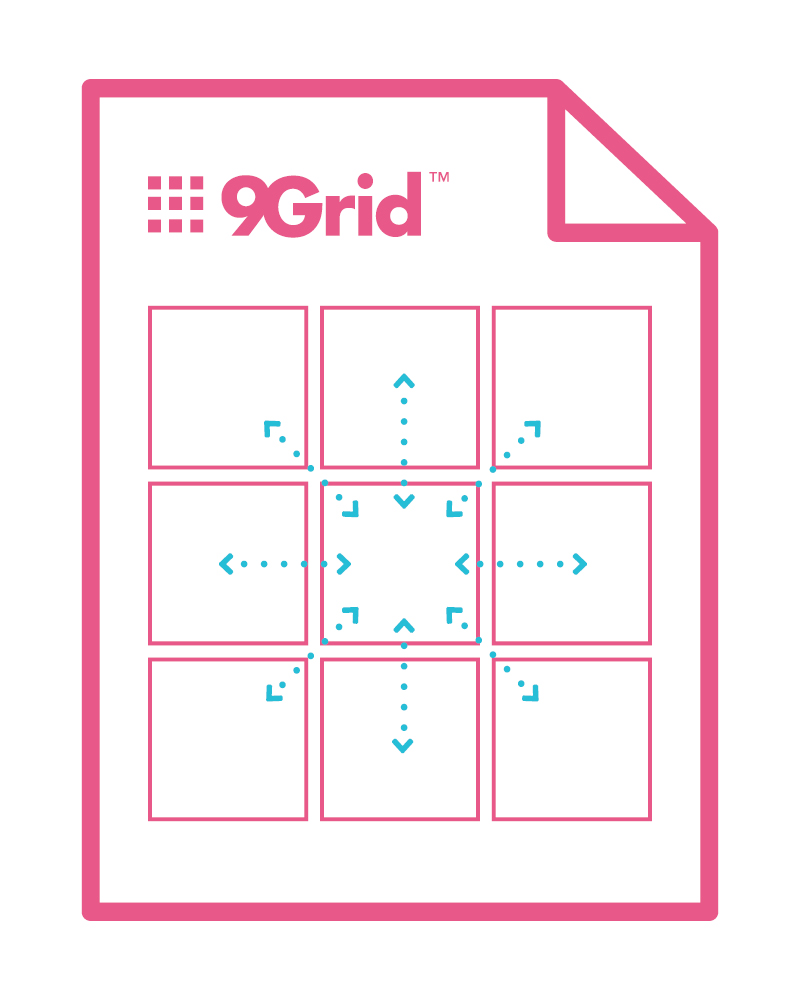 Getting the Most out of your 9Grid™

When creating a 9Grid™, avoid the tendency to overthink what you put in the grids. If you are using it to get unstuck or get clarity, usually the first thoughts that come into your head are what should go in the grids. Additionally, you don’t always have to use all 9 Grids. But if you find yourself wanting to use more than 9 grids – that’s an invitation to get more clear – or to create a second 9Grid™!

The grids on a 9Grid™ are 2 inches by 2 inches. This allows you to use Post-It notes as well as QPics™ – our library of sticker images. We have dozens of other grid-based tools – such as our Qlife™ Map and the Qplan™, which also use the 2-inch by 2-inch grid system. The grids are designed for you to doodle, draw, and make your own.

Your MIND is an amazing thing. There is magic and creativity inside just waiting to come out. Sometimes, we just need the right tool to draw it out. If you ever feel stuck in your head, procrastinating, in a state of avoidance, or overwhelm – take out a 9Grid™!